Home » What’s Included in a Routine Eye Exam in Ft Lauderdale? » What is Double Vision? 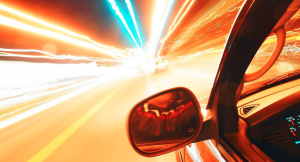 Do I Have Double Vision?

If you see two separate or overlapping images of the same object then you may have a condition called diplopia more commonly referred to as double vision. This is not to be confused with blurred vision. In blurred vision, a single image appears unclear. In double vision, two images are seen at the same time, generating reasonable confusion for anyone who unfortunately has it.

How is Double Vision Diagnosed?

First, the type of vision they have must be assessed. Then they are checked for any signs of crossed-eyes, eye turning-out, eye turning-in. If they come in with a complaint of double vision, saying something along the lines of, “I see two.”, we have to determine if it’s an individual eye seeing two images. For example, if the patient closes one eye and sees a second image one eye could be out of focus causing the second image. Or it is a case of true double vision where each eye is seeing differently and you see two images when there should only be one.

If an individual eye is causing double vision it could possibly be a refractive problem that can be rectified by glasses or it potentially be something else such as cataract. That has to be all be assessed. However, in a true case double vision, the two eyes are not working in sync with each other. What must be determined are what the levels are, the distance vision. Additionally, is the double vision the same, regardless of where the person looks. For example, they will be instructed to move their head to one side and then move their head to the other side. They will tilt their head to one side and then tilt their head to the other side, thereby measuring the double vision in all directions. Interestingly enough, one who has this condition for an extended period of time may be able to compensate for it.

Generally, this version of double vision is the same no matter which direction the individual’s head is turned. However, if a patient, for example, exclaims, “For the last week, I’ve been seeing two cars where there should be one and I’m having trouble with the lines on the road.” If this is something new, there is a possibility that it can be caused by a medical condition such as a stroke.

Can Diabetes Cause Double Vision?

Sometimes Diabetes can cause double vision. Other times it could be a stroke. In some instances, it may be unknown.

Each eye has six external muscles (called the extraocular muscles) that control eye position and movement. These muscles have nerves connected to them. Generally, the muscle is not the problem, rather it is a nerve that is not sending a strong enough message to the muscle. Assuming that is the case, we have to figure out which nerve it is and which muscles it is impacting. If a forced nerve is triggering the double vision then the patient may need to go to visit a neuro-ophthalmologist. If the diagnosis is confirmed then specific testing such as an MRI and or a CT scan may be required to determine the cause.

Can Double Vision Go Away by Itself?

Double vision can potentially go away by itself. However, that person must be monitored before any decision can be made on eyeglasses. If a person has a double vision a prism can be placed in the eyeglasses that can “fool” the eyes into thinking they are working together by aligning the two images into one. It doesn’t eliminate the double vision, but it allows that person to see a single image.

Are Headaches or Dizziness Common Symptoms of Double Vision?

Usually, headaches and dizziness are not associated with double vision; however, there are some cases where it can occur. If the double vision is because a tumor or something similar to a headache can accompany it, but that does not happen so frequently. This is why a neuro-ophthalmologist determines what the problem is. Sometimes, there can be more than one nerve involved.

Not too long ago, there was a patient who had a stroke and was complaining of double vision. He actually had to have one eye covered for a two week period until he was strong enough to do a successful exam. Instead of using the conventional patch one of the lenses was frosted This method is more comfortable than using a patch.

How Long Does a Double Vision Assessment Take?

Generally, a double vision or binocular vision assessment takes approximately 30 to 45 minutes. It can obviously vary, and once in a while, it can take up to an hour. Young people, children who are coming in for an assessment may, in fact, have crossed eyes with no other medical condition. This is something that they may have been born with which can potentially be rectified with vision therapy. The assessment is entirely different for an individual who has never experienced any sort of vision-related problem and claims that he is seeing double of everything.

Often an optometrist who deals with binocular vision handles schoolchildren whose eyes are not functioning together as well as they should. Whether it is due to a crossed-eyed related problem or the two eyes are just not focusing properly together, the optometrist can do focusing related exercises for the patient. Most binocular vision optometrists are not really dealing with true double vision patients. Very often the brain will cut off visual input from one eye as the brain does not want to see double. In summation, an optometrist that specializes in binocular vision is trying to get the two eyes to work together so that the child does not develop amblyopia (lazy eye) and ultimately lose vision with that particular eye. Our practice in particular deals with patients who only later in life develop double vision.

Appointments can be scheduled on Tuesday and Friday as early as 8:30 am upon request.

For emergencies, call 911 or our main number for the answering service to reach the doctor on call.